The Holiday Social was a big success this year. What is “success” for this event? Good turnout, good conversation, good fun. Mostly difficult-to-measure, feel-good stuff. The point is to get us Indiana-based hackerish people together in a super-low-stress environment. I meet new cool people every year, and always have a ton of fun doing it. Plus, I never have to worry about someone asking me to build their idea for equity or exposure or Reddit karma points. (I value the latter highest.)

I have always felt good about it afterward, and every year has been better than the last. This year, let’s actually see some numbers, huh?

All pictures courtesy of the wonderful and irresistable Garrett Hart. Thank you, Garrett!

We had 108 people RSVP this year. Last year? 97. That said, this year the number of people to actually make it seemed much higher. The turnout was great, and folks stuck around well after 10PM - also different from past years. 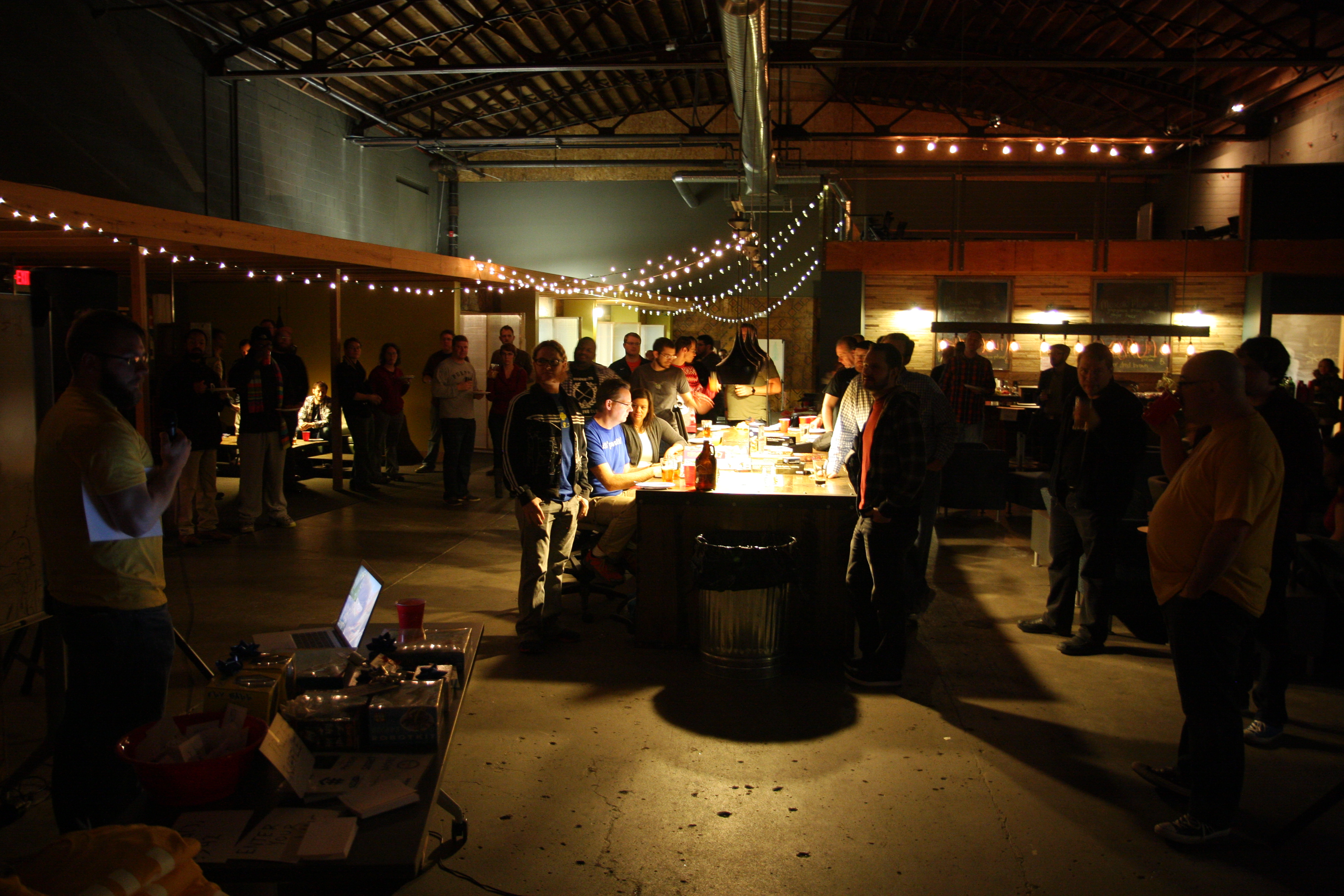 (There were more people present than can be counted in this photo. Hackers tend to fall back when someone starts broadcasting their voice via PA. We can better assess the situation from the walls.)

To make it happen, we took in $4600 from our wonderful sponsors (including recent sponsorship of the Hacks && Happenings newsletter). We spent $4,538.90. Argh. I was being too careful when I bought prizes. I still have some of the t-shirts we sold in 2013. I might give a few of those away to cover the difference, or donate/forward the remainder to a local charity.

The biggest expense was the food, followed by the venue, then - distantly - prizes. (That is, if you don’t count the t-shirts, as they were part of a specific sponsorship package.) 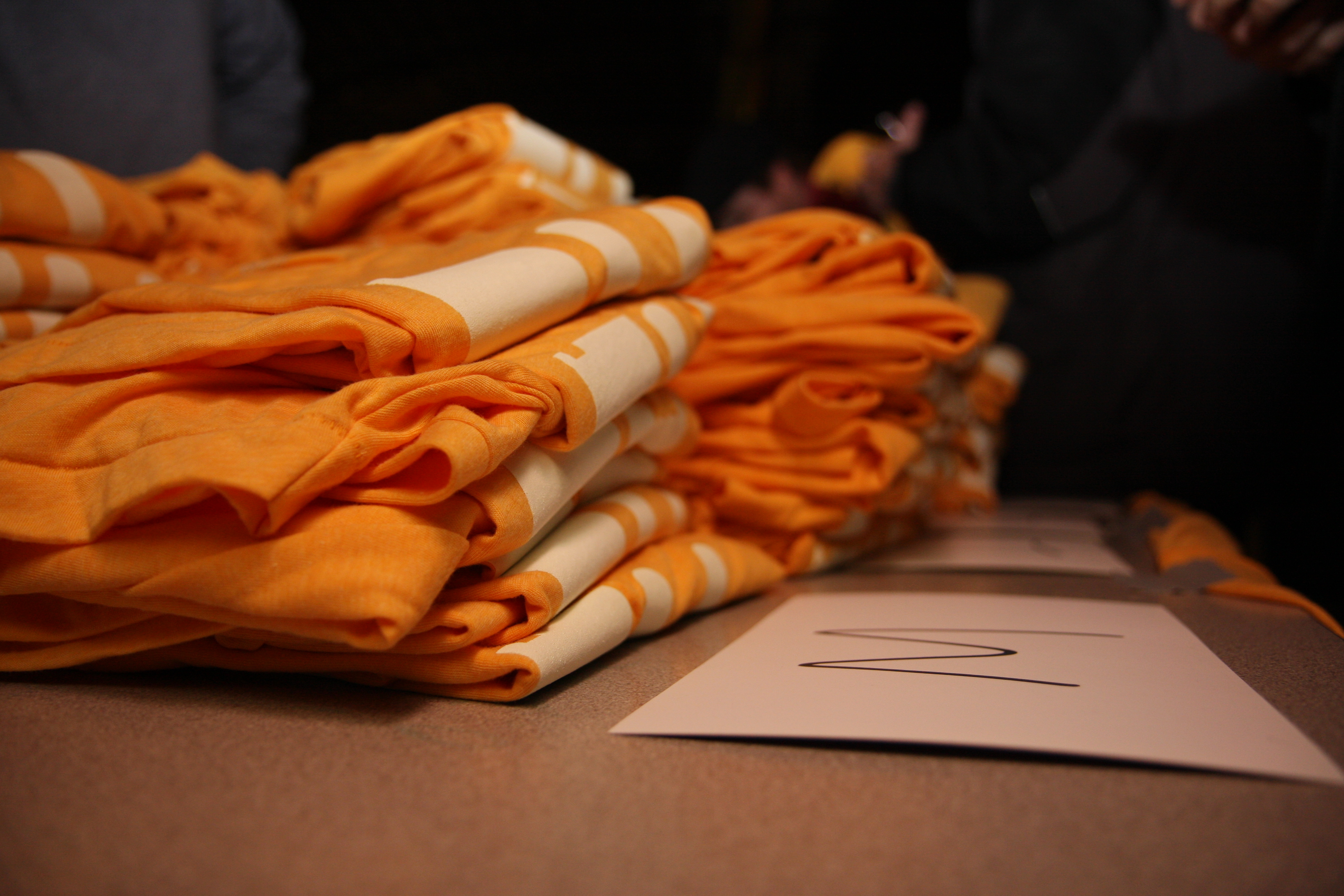 We gave away some really cool t-shirts this year, thanks to Expected Behavior. I still have several left! I have a couple smalls, a couple extra extra larges, a bunch of larges and extra larges, and absolutely no mediums. None. I guess I miscalculated how many average-sized hackers there are. Cool t-shirts though. Look at these guys enjoying them: 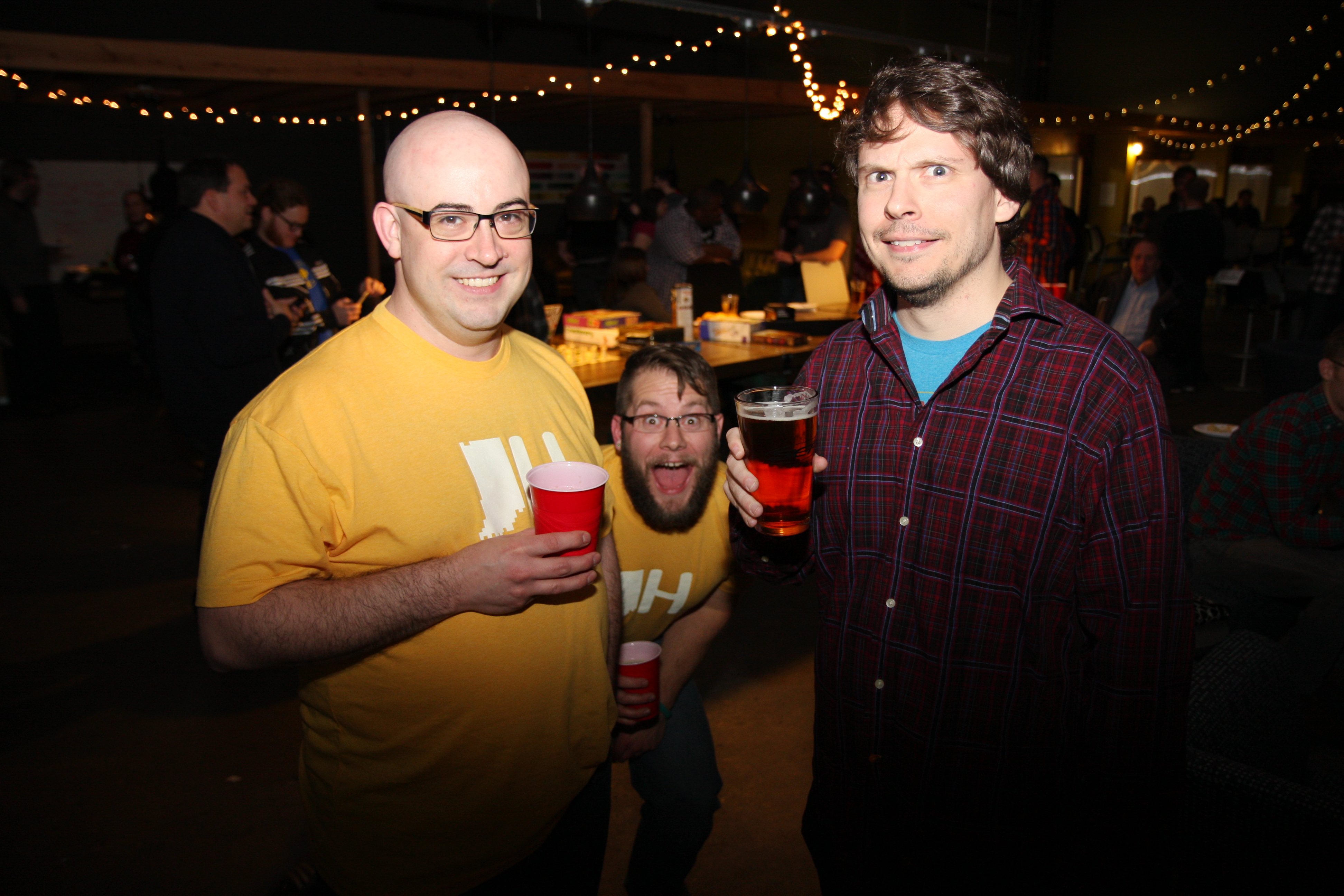 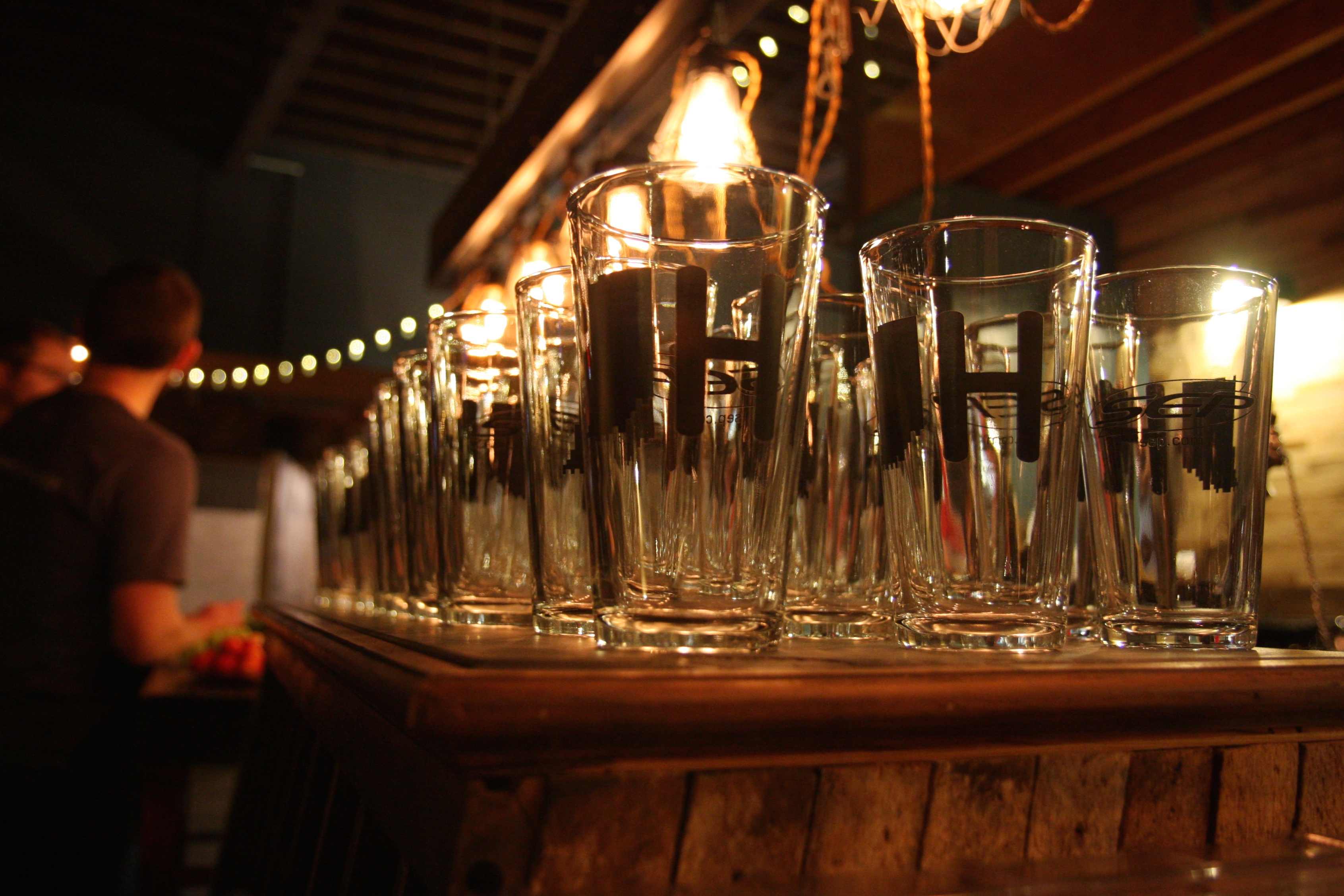 Seriously, thank you, all sponsors. The community is closer, and ultimately more active because of you.

We hired a caterer this year, a change from past years. We had pizza in 2011, a food truck pulled up outside in 2012, barbecue and a mix of sides we picked up various places in 2013, and 10-01 Food & Drink - full-service - this year. It was the right choice. Lisa Holverson and her crew did a great job. Lisa will be my first call next year. 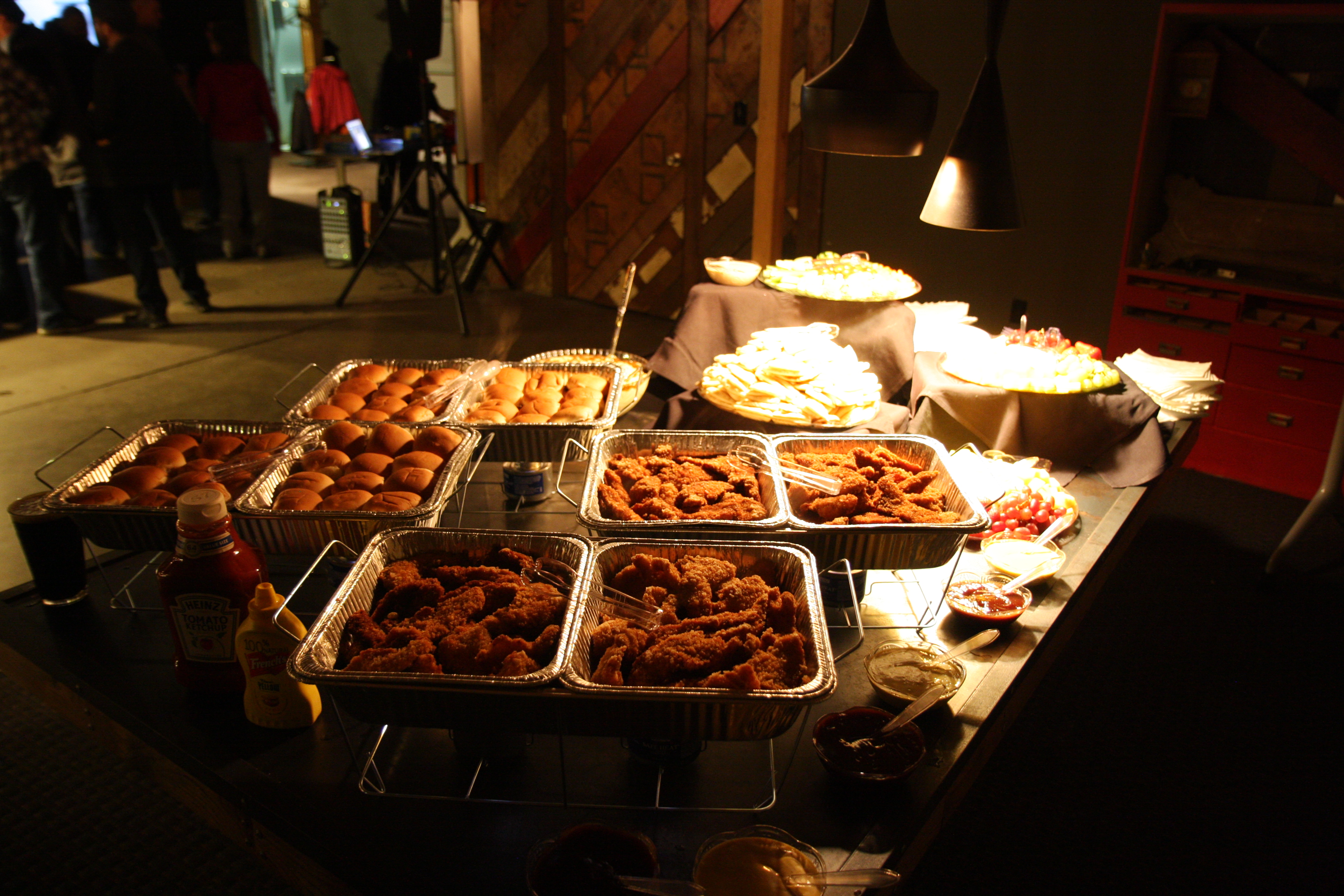 Thank you for joining us, sponsoring us, or simply sending positive thoughts our direction. The goal of the event is pure fun, because I think pure fun is important for our community. The dirty secret none of us want to admit is that we networked; it was a kind of networking thing. Don’t let that sit in your stomach all year and sour, though! This is the kind of networking event where I get updates about Neovim’s progress from someone using it. Another person volunteered to take over maintenance of an open source project from me. I met 0DDJ0BB, who introduced himself as “Odd-job”, and I immediately got over it not being a traditional name, or maybe not being his real name at all. (It could be his real name! People name their kids all sorts of stuff. Or change their names.) 0DDJ0BB is fun to chat with, and I look forward to chatting again.